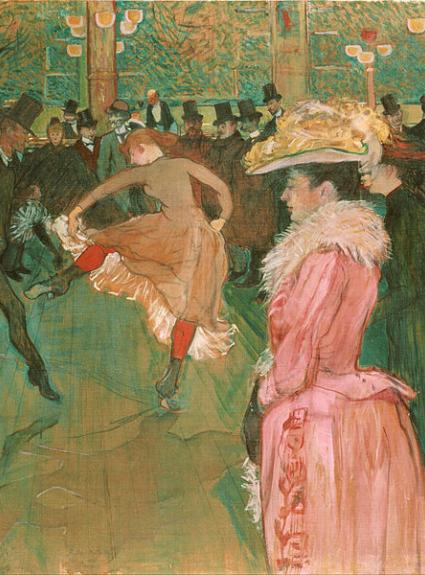 The Grand Palais dedicates a new exhibition to the great Toulouse Lautrec from October 9th, 2019 to January 27th, 2020. Resolutely Modern offers a fresh way of focussing on the work of this great artist.

Henri de Toulouse-Lautrec (1864 -1901) enjoyed a singular career in art. Raised in an aristocratic family, his childhood was happy before a serious genetic disorder retarded the development of his bones and caused his legs to stop growing, leaving him short in stature as an adult. Unable to participate in the rough and tumble of boyhood, he immersed himself in art, a pursuit encouraged by his family. After studying painting with René Princeteau, the young artist became known for his lithographs, Art Nouveau illustrations and Post-Impressionist paintings. He embraced the bohemian lifestyle of Montmartre, frequenting the district’s cabarets, theatres and brothels that inspired much of his work.

The approach taken by the current exhibition at the Grand Palais presents a more complete overview of the various influences assimilated by the visual chronicler of Montmartre culture. Toulouse-Lautrec, as the exhibition’s title suggests, was a resolutely modern artist. His poetic but also political view of society attests to this. He despised social conventions but was not accusatory, while presenting his realistic vision of the world with a genuine power. He can be considered part of a French tradition of expressive realism that can be traced through Degas, Ingres and Manet. The artist also collaborated with professional and amateur photographers.

Resolutely Modern brings together about 200 pieces that reveal the singular qualities of an artist in touch with his time, in all its aspects. The artist depicted contemporary society with humour and humanity. This beautiful exhibition is a must see during your stay at the Hotel des Arts!