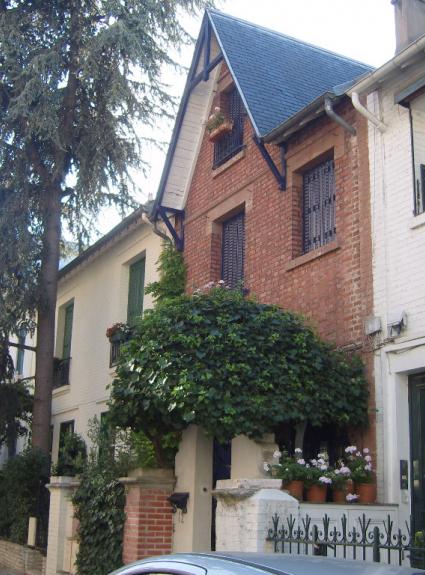 Not far from the Hôtel des Arts, you can explore the Grandes-Carrières district. Start with a pleasant walk on the Avenue Junot before discovering the haven of peace that is the Villa Léandre.

Strolling the Avenue Junot and Villa Léandre: a neighbourhood with an unexpected past

The Avenue Junot and its adjacent cul-de-sac the Villa Léandre now present a much more luxurious image than the one they once had. Originally, the area was mostly vacant with some cultivated lands and a few modest dwellings inhabited by chair repairers, ragpickers and bohemian artists. It was only at the beginning of the 20th century that entrepreneurs gambled on transforming the place into a more upmarket neighbourhood.

A small avenue with a big appeal

Lined by private mansions and artists' studios, the Avenue Junot forms an arc near the Rue Caulaincourt and Rue Lepic. Formerly just a street, in 1910 it was promoted to avenue status, even though it’s only 450 metres long! It’s a very popular neighbourhood for celebrities. Former residents include the singer/songwriter Claude Nougaro, poet and screenwriter Jacques Prévert and actor Charles Berling.

English inspiration in the heart of Paris

You are not in England or Normandy. And yet, looking around this neighbourhood, it's as if you were. The cul-de-sac called the Villa Léandre is adorned with charming terraced houses designed in an English style. With its wrought iron balconies and bow windows, this cobbled lane presents an intriguing change of scenery in the heart of Paris. The coloured shutters create a lovely contrast with the white facades, and the sharply pitched roofs, carefully maintained front gardens and arbours add to the timeless feel and anomalous character of this mysterious enclave in the heart of the capital.